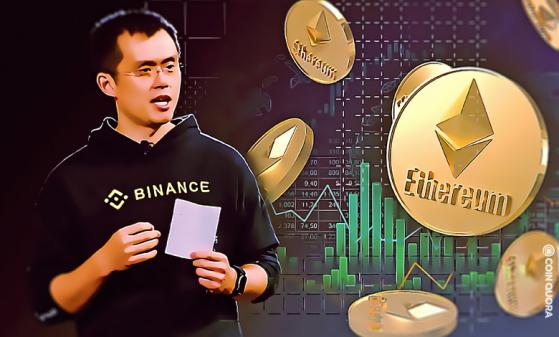 Binance CEO Says Ethereum is For The Rich Guys

According to Binance CEO Changpeng Zhao, Ethereum has become a blockchain for the rich guys due to the high fees.

Binance CEO CZ also said that it is the moment for Binance Smart Chain to shine and take advantage of the situation.

While the use of DeFi protocols, dApps, and applications are increasingly made on top of Ethereum, it has loaded the network to the point where its fees are nearly unsustainable. Several blockchains are competing to emerge as the new Ethereum killer. CZ is rooting for BSC as the best choice.

In a recent CZ tweet, he attacked Ethereum, pointing out its Achilles heel: fees. For CZ, only the rich can afford the fees to trade Ethereum:

ETH is a network for the rich guys now, but soon those guys will be poor.

Throughout 2021, the average transaction cost on Ethereum has catapulted just as fast as the price of ETH (its native token), going from less than $5 on average last year to about $15 today. Just four days ago, the network fees reached an ATH of nearly $40 on average, according to ycharts data.

However, this is the price per transaction. Traders operating on DeFi or yield farming platforms have to deal with the possibility of paying $100+ for each trade they make daily.

CZ didn’t stop there. A later tweet stated he was no longer using Ethereum. Binance is progressing two projects to compete directly with the two most prominent blockchains in the ecosystem.

He also said Binance Chain could enable fast payments with the smallest fees. It would be a primary competitor to because of its narrow focus on transferring and receiving funds.

The rise of projects like Binance Smart Chain, Polkadot, and is a sign of the growing interest in finding a blockchain capable of replacing Ethereum. Yesterday, Cardano ranked third among cryptocurrencies with the highest market capitalization, dethroning BNB from its recently taken position.

However, Ethereum developers are working on the next version of the blockchain. Ethereum 2.0 will have several layer two implementations. According to some supporters, the new blockchain will process thousands of transactions per second — even hundreds of thousands once fully deployed, according to Vitalik Buterin.

Disclaimer: Fusion Media would like to remind you that the data contained in this website is not necessarily real-time nor accurate. All CFDs (stocks, indexes, futures) and Forex prices are not provided by exchanges but rather by market makers, and so prices may not be accurate and may differ from the actual market price, meaning prices are indicative and not appropriate for trading purposes. Therefore Fusion Media doesn`t bear any responsibility for any trading losses you might incur as a result of using this data.

Fusion Media or anyone involved with Fusion Media will not accept any liability for loss or damage as a result of reliance on the information including data, quotes, charts and buy/sell signals contained within this website. Please be fully informed regarding the risks and costs associated with trading the financial markets, it is one of the riskiest investment forms possible.

Enter Amount
Base Currency
Convert To

Native Bitcoin trading is coming to ShapeShift via THORChain (RUNE)

What is blocking the decentralized internet? By Cointelegraph

BTC's Disbelief Stage NOW!? The Surge Is Coming! Why?